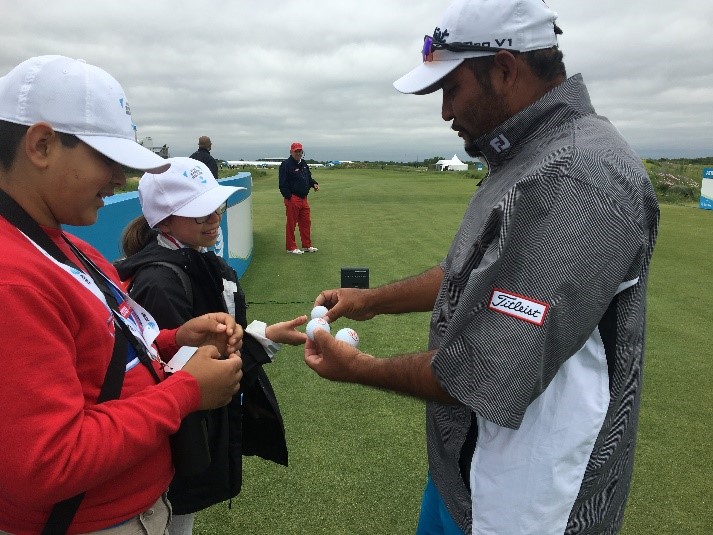 Every day as Jr. Reporters, we make a plan.  Today with Ms. Whidden, our editor, and my fellow Jr. Reporter, Emilie, we planned to go to the Kids Zone.  On the way, we saw a big crowd.  People were watching former Dallas Cowboy Tony Romo!  We followed him for about two holes.  Then we got back on track to go to the Kids Zone.  Then we bumped into Mexican golfer Jose De Jesus Rodriguez!  We decided to follow him. We had interviewed Rodriguez for our Road to Success article, and he and I had spoke Spanish together. Seeing him again, we waved and smiled!  He came over, and he told us in Spanish that he would give us an autograph.  I translated, and we all agreed that we should keep watching him. We walked along the ropes with him for another hole.  Before he teed off, he gave us each a signed ball with his nickname on it, which is Camaron.

At first we were on our way to Kids Zone to write a story about the experience there, but things can take a turn to the best.  The only reason we got a signed golf ball was because we had such a great time and got a good experience.  Luck was on our side!  We also followed him because we knew him.  We wondered how many people look at Tony Romo but don’t really know him. We are happy to know Jose De Jesus Rodriguez.

Being a reporter always takes a turn, and this one was for the best. 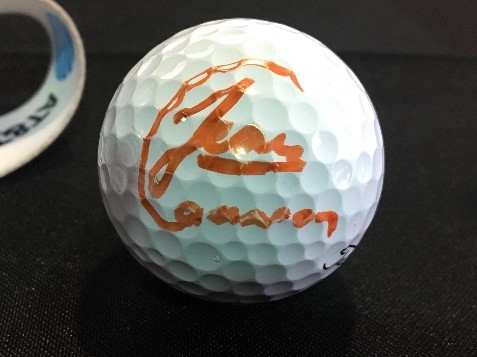