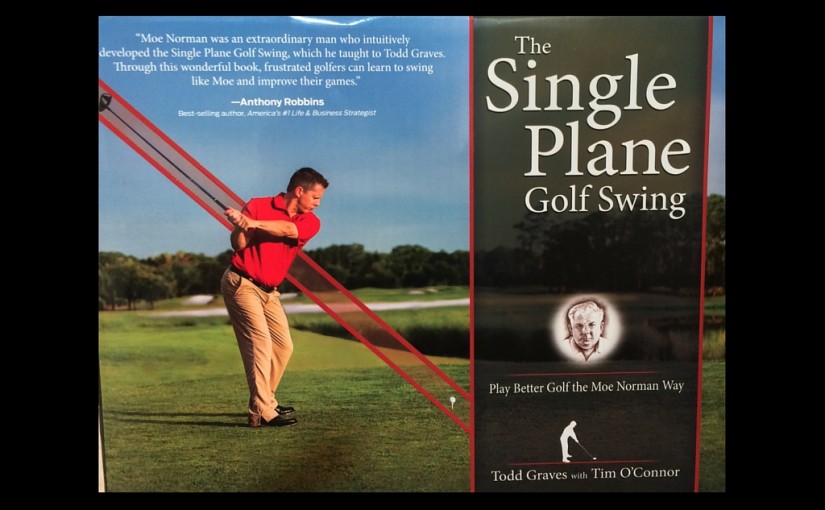 Bryson is a golfer from California who won the NCAA individual title while playing for Southern Methodist University last year and followed that up by winning the U.S. Amateur Championship. Clearly, he is quite a player.

What you may not know is that Bryson utilizes a single-plane swing and plays a set of irons that are all cut to the exact same length. This is pretty unique even among the mad scientists of golf swings. If you missed seeing him at the U.S. Amateur, you can catch him next spring when he plays in the Masters.

What, you may ask, is the single plane swing?

Golf history buffs will know this as the “Moe Norman Swing,” named after the Canadian professional who introduced it to the golf world and practiced it for most of his career. Moe played professional golf for many years and won 55 times on what was at the time called the Canadian Tour. He passed away in 2004 at the age of 75.

If you want to know more about the single plane swing and its simplicity, you don’t have to go to an antique bookstore and look for Moe’s book. Instead, I suggest you seek out a new book: “The Single Plane Golf Swing – Play Better Golf the Moe Norman Way,” by Todd Graves and Tim O’Conner. This book tells you the history of Moe and his unique swing. Additionally, it gives you all sorts of tips on how to practice and implement it into your golf game.

Here is an excerpt from the book:

“Despite the frustration and disappointment that many golfers experience, I think we keep coming back for those moments when striking a golf ball feels easy, powerful and flowing and the ball streaks into the sky where we aimed … that’s what keeps us entranced by this game.”

Here are some quotes from those who knew Moe:

“He’s the best ball striker I ever saw come down the pike. I haven’t seen them all, but I don’t know how anyone could hit the ball better than Moe Norman.”

“Moe was one of the straightest ball hitters I ever saw … his rhythm and tempo never changed. Whether it was a wedge or a driver, his swing was always under control.”

Check out The Single Plan Golf Swing – Play Better Golf the Moe Norman Way. This might be the swing you are looking for.