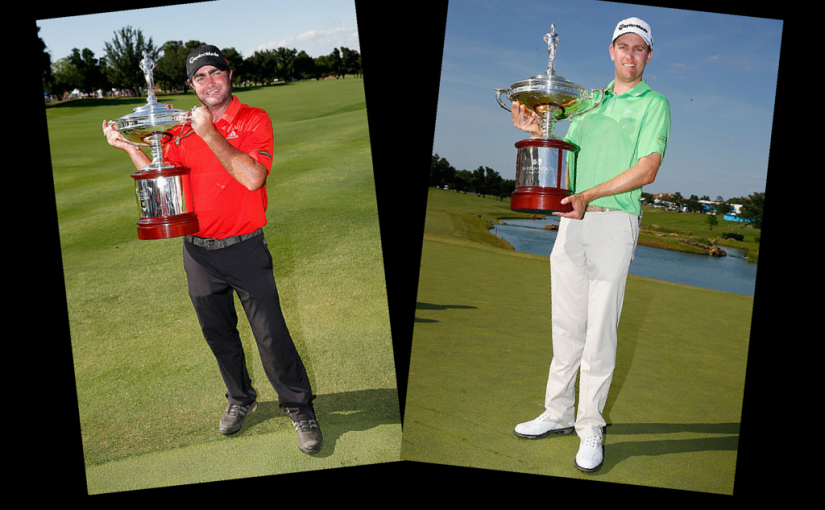 Are the weekday blues getting you down? Don’t fret, the Greenbrier Classic begins today and the field is full of past AT&T Byron Nelson Champions. Before they tee off let’s revisit their memorable victories.

Tiger Woods– Fresh off his Masters victory, Woods defeated past champions like Phil Michelson and Tom Watson to become our 1997 Champion.

Vijay Singh– Vijay held a one-stroke lead starting Friday to become the first AT&T Byron Nelson Champion to earn a $1 million share of the purse in 2003.

Rory Sabbatini– Rory won our 2009 tournament and held the record for the lowest total score with a 261 until 2015.

Keegan Bradley– Ryan Palmer led the field on Sunday morning with a 4 stroke lead over Keegan, but Keegan posted a 2-under 68 for the round and defeated Palmer on the first playoff hole to become our 2011 Champion.

Sang-Moon Bae– Bae trailed 2011 Champion Keegan Bradley for the first three rounds but posted a 69 on Sunday for a two-stroke victory as our 2013 Champion.

Brendon Todd– With the lead in sight the entire tournament, Todd finished the final round with a two-stroke lead over Mike Weir to become our 2014 Champion.

Steven Bowditch– Bowditch is fresh off his 2015 victory at the AT&T Byron Nelson where he proved how well he can play through “a little bit” of rainfall.

Good luck guys, we are cheering for you in Irving, Texas!