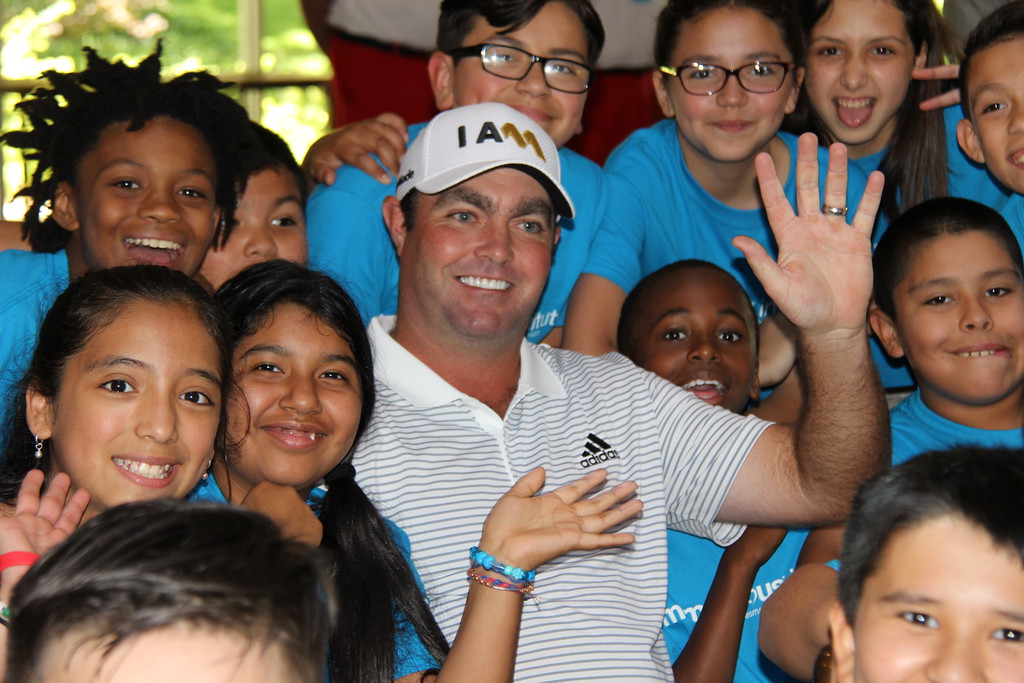 On Tuesday, May 17, we participated in the AT&T Byron Nelson Opening Ceremony. It started with an awesome acapella performance of the National Anthem by Salesmanship Club of Dallas member Nelson Devaga. Emcee Pete Delkus from WFAA (channel 8) then opened the ceremony by saying his thanks and welcoming the MacArthur High School Junior Reserve officers. Tournament Chairman Tim Marron said he’s glad that Mr. Byron Nelson’s legacy lives on through the tournament and thanked Mrs. Peggy Nelson for her continued support. He also described some highlights from this week’s tournament (see my fellow Junior Reporter Salomon’s story for details) and gave thanks to tournament title sponsor AT&T for being with us for the past two years.

2015 Champion Steven Bowditch gave a speech about how honored he is to participate and defend his title. Mrs. Nelson then shared how she feels Mr. Nelson’s presence each year at the tournament and how much he loved the tournament and its impact on kids’ lives. Finally, Mrs. Michelle Kinder, executive director of Momentous Institute, the beneficiary of the AT&T Byron Nelson, explained how the tournament supports the kids and families served by Momentous Institute, as well as kids in 26 states (through Momentous Institute’s trainings and the annual Changing the Odds Conference) — that’s a lot of kids! Last but not least, Momentous School 5th graders, directed by Music Teacher Kevin Roberts, sang “The Future Begins with Us” by Teresa Jennings.

After everybody said their thanks and goodbyes, it was time to begin our week at the AT&T Byron Nelson. I look forward to sharing my experiences with you as the week goes on!