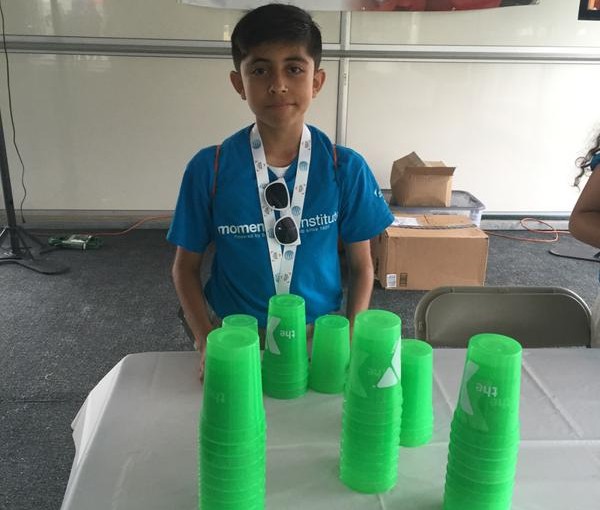 Some Effects of the Rain by Pablo Ocampo

I started the day by interviewing Tim Gamso, a club member, about how last night’s storm affected the course. He told me that there were about 2 inches of rain and that 11th and 14th hole fairways were flooded. In fact, the length of 14th fairway has been reduced because of the flooding (but the par is still 4). Another effect is that every tee time is going to be 3 hours later. The fans will be ok to sit down in the stands but the grass might be too soggy to sit on. Even though it’s raining the golfers will still play and everybody is cheerful, so please don’t let the rain discourage you from coming out today.

Today I interviewed Tim Gamso with some questions about the tournament that I thought kids might be curious about. He was very friendly; I got a lot of information from him. The groups are assembled by the PGA Tour in a “somewhat random fashion.” I was surprised that PGA Tour would just pick golfers randomly, so Mr. Gamso explained that the tour actually puts players in groups based on how they are playing this year and last year. Also, if the golf player plays early on Thursday, they will play late on Friday. So they will be playing with other golfers who are at their same level. The last thing I learned was that the tournament starts with 156 players. They all play two rounds (which is 36 holes.) The lowest 70 players will play on the weekend. If there is a tie everyone in 70th place will play on the weekend. But if there are more than 78 players they will have another cut on Saturday. Now I know how the golfers get put in groups.  I hope you learned something interesting too!