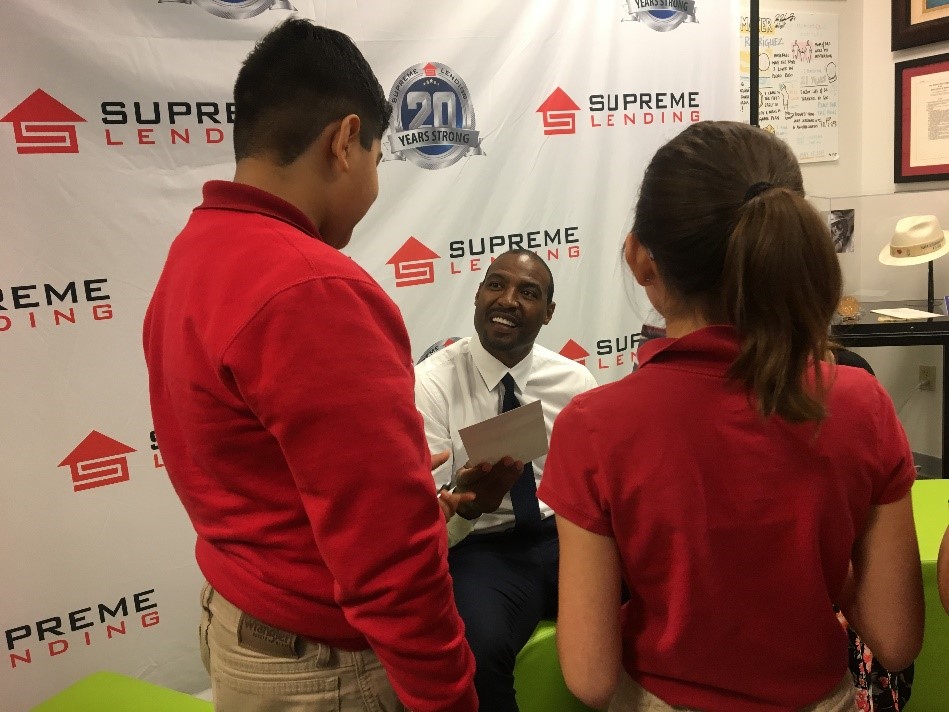 Darren Woodson is a former player for the Dallas Cowboys.  He is now an NFL analyst with ESPN. He is also a Board member of the Make-A-Wish Foundation in North Texas.  Here at Momentous School, we were privileged to meet Mr. Woodson on May 6th, and to hear about his life.

Darren Woodson said being a changemaker is being someone who makes a difference.  It is someone who gives back. I loved his definition!

Darren was not always a Changemaker.  He said that from kindergarten all the way to high school, he didn’t feel like he was being a changemaker.  He said that he would sit back and let others take charge.  Then, when he went to college, his football coach, Lovie Smith taught him how to deal with his emotions, to give back, and how to take charge.  Darren says, “Then, I became a man.”

Woodson played football for the Cowboys for 12 years, and for 11 of those years he was Captain of the defense. He talked about how being a good teammate is like being a changemaker for those around you.  As an example, he talked about being in the locker room after practice or games.  He described the locker room as a place where you could make friends, and where you could get to know people. He said the Cowboys had people of all different races.  As Captain, he would talk to everyone, not just about the game, but also about their families or their problems.  He would try to help them out one way or another, or they would help him.

Growing up in Phoenix, Woodson said he was a Pittsburgh Steelers fan.  (It was funny.  My fellow students groaned when he said that!)  When he got the call from Jerry Jones to come play for the Cowboys, Woodson said he was just ecstatic to play.  His dream was to be in the Cowboys Ring of Honor, and in 2005 his dream became a reality.  He won three Super Bowls. One of my fellow classmates asked him how it felt when you won the Super Bowl, and Darren smiled and said, “Fantastic!”

Football training is more like being in school than you might think.  You go out on the field for an hour, but the rest of the time you stay in the “classroom.” Learning never ends.”