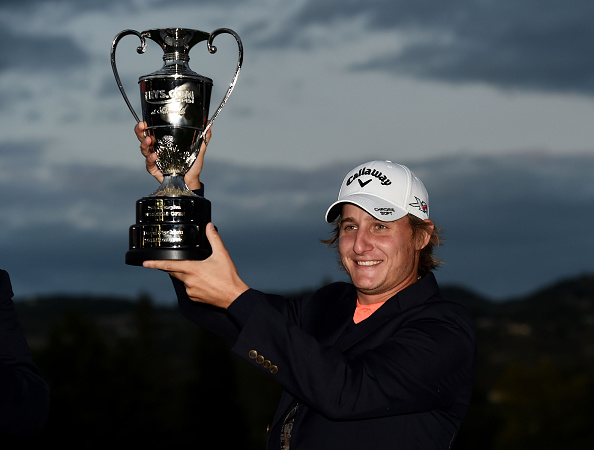 The Byron Nelson International Junior Golf Award is given annually to players who have the skills, determination and drive to succeed in the game of golf. Additionally, they have to share some of Mr. Nelson’s attributes, like character, integrity and sportsmanship.

Talk about vision! The Salesmanship Club of Dallas selected Emiliano Grillo in 2009 when he was just 16 years old. He was completing his sophomore year at the IMG Academy and had represented Argentina in the World Amateur Team Competition. He personally knew Angel Cabrera, the U.S. Open and Masters Champion.

Emiliano’s career looked promising as he came close to victory numerous times on the European Tour in the past two seasons. It all came together this October when Emiliano won the Web.com Tour Championship and his first start as a PGA TOUR player, the Frys.com Open. Relive his winning putt here.