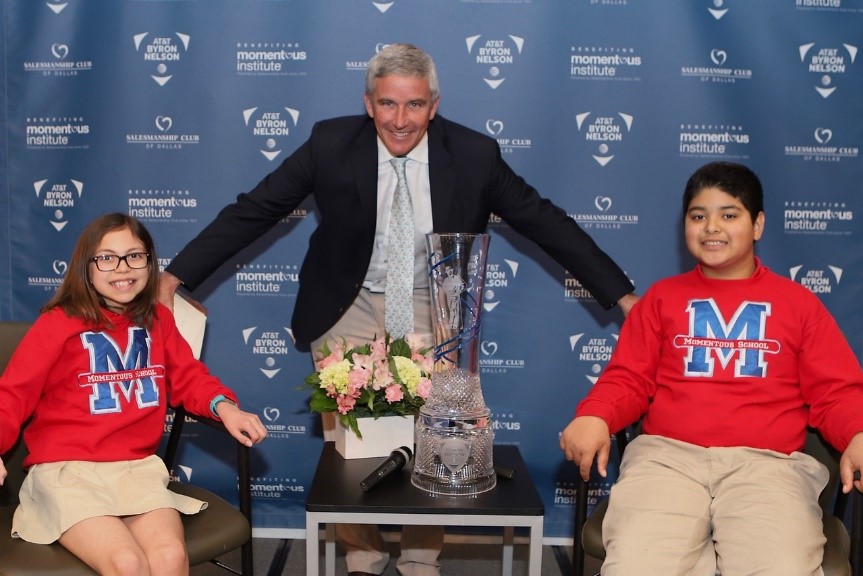 The 2019 Kick Off luncheon gave me a new perspective of the benefits we have here at Momentous School, and how the tournament makes this special place possible.

People who spoke at the luncheon included: 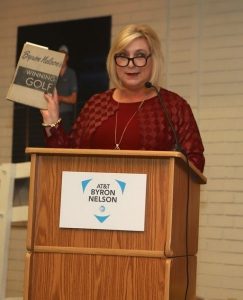 Mr. Carter talked about new features at the 2019 tournament including:

Carter described the tournament as a “gamechanger for kids and families.”  When I heard him say that, I felt privileged to be one of the students who gets to go to school in a place that focuses on social emotional health.

Last but not least, PGA TOUR Commissioner Jay Monahan was interviewed by Joe Trahan, a sports anchor at WFAA in Dallas.  Mr. Monahan honored Mr. Nelson for helping grow golf’s influence, making it not just a sport but also an event that can have a positive impact on the community. 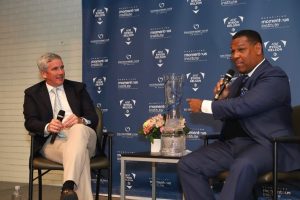 Asked who inspired him in his life, the Commissioner said he was inspired by his mother.  She always encouraged him to think bigger. When he graduated from college, his mom gave him a copy of Dr.Seuss’s Oh the Places You’ll Go.  He says he now understands  why his mom gave him the book. She wanted him to explore new places and to dream big.  His mom taught him to be curious and not be intimidated.  She said everyone puts on their underwear the same way. This was her way of saying don’t be scared of people/don’t be shy. The Commissioner’s mother died of cancer 11 years ago, at age 61.  When I heard him talk about her, I was kind of amazed to hear an adult talking about his mother.  I don’t often hear that.  It made me think that even though he has a big, important job, he can turn away from work and focus on family and friends.  He can talk about personal things even in front of a big crowd.

Mr. Monahan told Joe that he loves people and  loves learning  every step of the way.  The Commissioner talked about how the golf schedule has recently changed, and tournament play starts earlier in the year now.  This allows them to finish up by August.  He said that players will have to choose events carefully and adjust their schedules to fit and  play the most.

The Commissioner shared a lot of info about the game of golf and what it’s like to be involved in so many tournaments each year.  He said that tournaments are a 7-day window to inspire communities 365 days a year.

As the Kick Off luncheon ended, I thought about how the ATTBN is more than just a game. It’s a fundraiser. It’s a fan experience. It gives elementary school students the chance to be in a great school that involves social emotional health where the focus is on you. It wasn’t like this at my old school.  I’d personally like to thank all our sponsors and all the people who make this possible.

Here at Momentous School, we are living proof that this is not just a game. 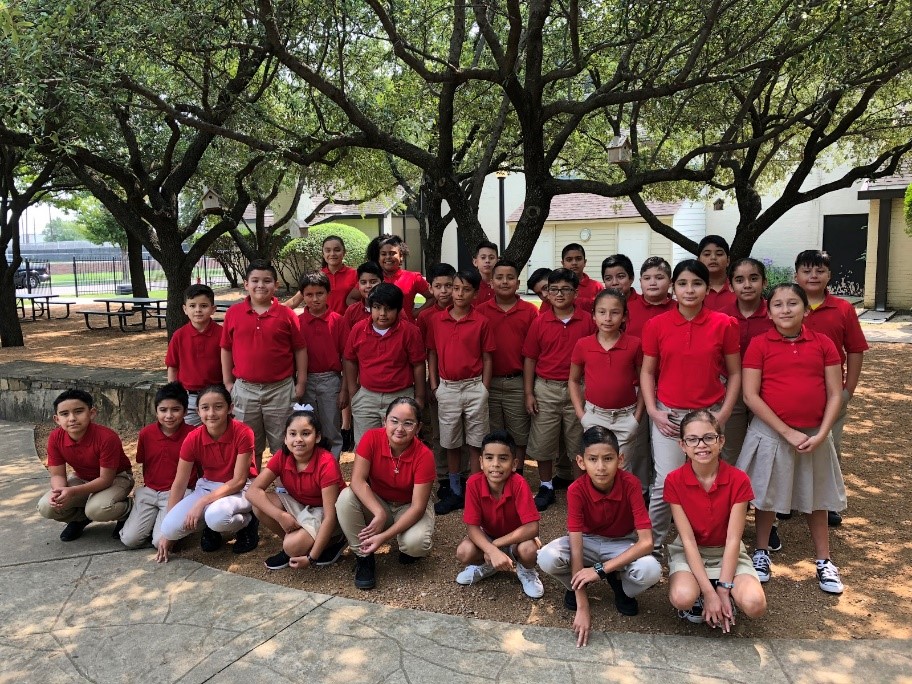