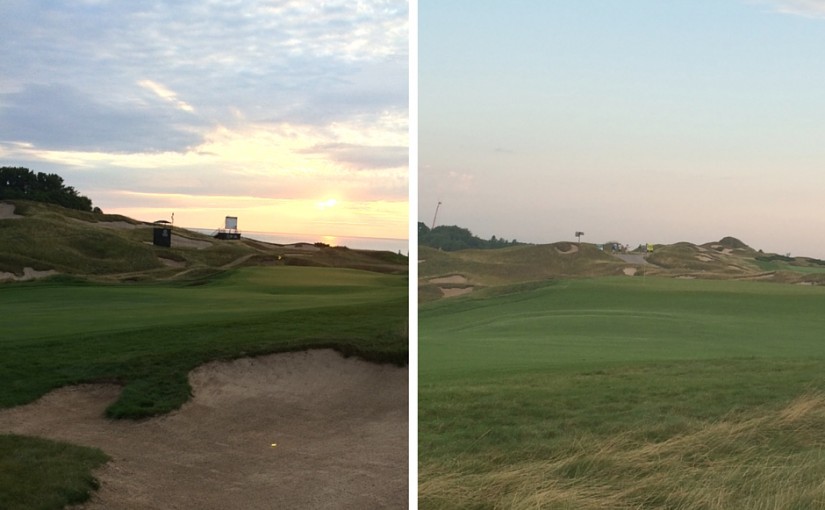 Last week, I was fortunate enough to serve as a rules official for the 97th PGA Championship at Whistling Straits in Kohler, Wisconsin. The week couldn’t have been better: the temperatures were in the 80s, the golf course was impeccable, and the setting overlooking Lake Michigan was inspired.

I worked hole 1 on Thursday and Saturday and hole 10 on Friday and Sunday. I served as the walking official with the fifth to the last group (Brendon Steele and George Coetzee) on Saturday. My job was to walk with the group, and answer any questions related to the rules of golf that may come up during the round. The walk on Saturday was just a little longer than 10 miles. There were only two rulings that day and the rulings were very straight forward, as Brendon had interference with a sprinkler head on hole 12 and George had an embedded ball on hole 18. Brendon shot 73 and George shot 70.

With 97 of the top 100 players in the world competing at Whistling Straits, we knew we’d be treated to a great event. We got that and a lot more as we watched Jason Day set a major championship scoring record en route to his first major championship. We look forward to welcoming the 97th PGA Champion back to the site where he got his first victory: the AT&T Byron Nelson this coming May!